With accusations of money laundering continuing to make headlines, sometimes it’s worth taking a step back and looking at where your firm might be vulnerable. The rules in this area continue to develop in the UK, the EU and beyond.

Despite promoting itself as a fair and safe place to bring international trade, London has unfortunately also gained a reputation for being a place to park ill-gotten gains. The phrase ‘Moscow-On-Thames’ is used far too often and because mud has a habit of sticking, there is a risk that the reputation of the law-abiding majority will also be sullied.

Over the final months of 2021 we saw two UK banks fined astronomical amounts for money laundering offences. A staggering state of affairs given the mass of directives, regulations, and Acts of parliament issued over the years aimed at dealing with the problem. Without being too sanctimonious, there is one basic rule we should all be aware of. If a customer is literally turning up at your door with bin-bags full of cash, that should normally be considered a ‘red flag’.  With fines now topping 9-figure sums, the time has long gone when people could simply pay lip-service to anti-money laundering (AML) rules and training.

In a post-Brexit environment, hard decisions need to be made as to the direction the UK wants to take. In this article, we aim to cover proposed developments in anti-money laundering countermeasures affecting business in the domestic as well as EU and US markets.

The 6th Anti-Money Laundering Directive (6AMLD) applied across the EU from the start of December 2020, with a deadline for implementation in June 2021.

Although this expanded the bloc’s regulatory reach, for some countries this was closer to a ‘levelling up’ towards best practice exhibited elsewhere. Indeed, although the UK is no longer subject to EU Directives, most changes were already in place domestically through existing legislation and FCA guidance.

Whilst there were some changes required to mirror the scope across EU member nations, 6AMLD also helps to spell out what is expected through harmonized conventions around stricter criminal penalties and clarification of some of the terms used across different jurisdictions.

One of the main harmonisation changes was a statement of the predicate offences that bring criminal behaviour within the scope of 6AMLD. The 22 specific offences include environmental crimes, tax evasion and cybercrime, areas that that were only previously taken into account by some countries. This goes some way to avoid the previous cross-border problems of trying to convict a person of money laundering in one state, where there wasn’t even a recognition of a crime having taken place in another.

The inclusion of cybercrime in the 6AMLD is the first time this has been mentioned by the EU in relation to money laundering and demonstrates a recognition of a major gap in previous directives.

Despite more harmonised laws and increased severity of penalties for money laundering offences across the EU,  2021 was not a good year for our European neighbours. The inter-governmental body, the Financial Action Task Force (FATF), placed EU member state Malta on its ‘list of jurisdictions under increased monitoring’. This is the first time an EU member state has been sanctioned in this way, joining the likes of Myanmar, Syria, and Yemen on FATF’s List of Countries that have been identified as having strategic AML deficiencies.

Perhaps due to increased scrutiny from the international community, in 2022 we can expect to see a further drive by the European Commission in the Anti-Money Laundering/Countering Terrorist Financing (AML/CTF) space.

Work has already begun on the creation of an overarching AML/CTF authority, which will produce an EU-wide rulebook, in much the same way as the FCA has done with its guidance in the UK.

Although the authority is not going to take control until 2024, UK firms operating across international borders will need to keep up to date with EU requirements. We may live in a post-Brexit world, but we also live in a global financial one.

In a statement by the European Data Protection Supervisor, there are already indications that he wishes privacy and data protection issues to be at the core of the new rulebook. On that basis, firms would be wise to  ensure that Know-Your-Customer (KYC) and AML records are stored in such a way that they are both secure and on a platform that is accommodating to legislative change.

The US is also looking to make some strategic changes in the fight against financial crime in 2022. At the tailend of 2021, the Financial Crimes Enforcement Network (FinCEN) said it was seeking ideas from financial institutions on how to improve AML/CTF regulations and guidance.

The formal ‘Request for Information’ ran until mid-February, with information sought on ways that the Federal Government might evolve the current rules in relation to recent technological advancements.

Although this seems to be an admission of the US authorities playing catch-up with the money launderers, it should be remembered that the Anti-Money Laundering Act 2020 was a big step forward in a country that still places great importance on banking secrecy and the limiting of corporate accounting information to the public. Although there is still quite a way to go, there is now a recognition that fully embracing a risk-based approach to KYC and managing AML/ CTF is required, rather the somewhat restricted ‘one size fits all’ that has been adopted in the past.

There will always be differences between the individual US States, but a clearer federal position will now be far more apparent.

Like the US, the UK has been consulting on the future of AML/CTF rules. An HM Treasury consultation closed in October 2021, based around the question of how the UK’s Money Laundering Regulations (MLRs) should develop in the future. In the Spring of 2022, the UK Government is expected to publish proposed regulations to amend current law.

Although specific details are not yet available, there are already indications that the changes themselves will, ironically, be very specific in themselves. Based on the information to hand at this time, changes can be expected in the following areas of finance.
MLR proposals – Reporting Discrepancies to Companies House
Firms already need to report to Companies House when they identify discrepancies in beneficial ownership at the onboarding phase. Although over 35,000 reports have already been made under this requirement, HM Treasury is seeking views around whether to expand this requirement to cover the lifetime of the ongoing business relationship. How this can be achieved whilst allaying fears around breaching client confidentiality remains to be seen.

In a similar move to the US plans for ensuring suitable tools are in place for a changing technological ecosystem, the UK’s MLR proposals indicate that change is overdue in the world of cryptoassets, exchanges and wallet providers.

Firms that facilitate and operate in this esoteric world will probably be required to hold full KYC information whenever there is a transfer of assets over £1,000. (Given the volatility of some cryptoassets, it will probably be safer for legitimate organisations to have no de minimus limit at all)

Modifications are also expected regarding finance in the art world. Acknowledging an inadvertent overreach, HM Treasury is looking for views on how to alter its approach towards artists themselves. Under current legislation, an artist who sells an artwork is ‘trading in a work of art’ and becomes subject to the Act.

Obviously, nothing is ever simple, and bringing Non-Fungible Tokens (NFT) into the mix will certainly complicate things. Given the cryptoassets point above, how much is a certificate showing ‘ownership’ of a drawing of a monkey really worth? Some say nothing, some say $250,000!

Ownership Although the Government has been promising a register of beneficial ownership by overseas entities in the UK property market, change has been slow in coming. However, 2022 may see some progress in this area.

Ten years ago, there were fewer than 90,000 properties in England & Wales registered to overseas buyers. In 2022, there are around that many in London alone. An estimated quarter of a million properties now fall within that category, in towns from Abergavenny to Yeovil.

As many of these properties are underutilised (i.e. empty), they contribute to the housing crisis, and there are real fears that the use of less-than-transparent property transactions are playing a part in large-scale money laundering. Sadiq Khan, the Mayor of London, highlighted his concerns in both these areas in a statement made in February 2021 calling for more immediate action.

While the Government has not yet committed to a timescale, there is no doubt that this will become a hot topic during the coming year, particularly as tensions mount with the Russian Federation and its allies over the question of Ukraine’s sovereignty.

2022 seems to be yet another year of ensuring that procedures match up to the anti-money laundering expectations of the territories we operate in, but this time there seems to be slightly more focus than in the previous years.

It may seem strange to say this, given that we have already has to confront and address each of the EU Money Laundering Directives, changes due to Brexit and implementation of more detailed FATF requirements, but bigger change is coming.

7AMLD is on the horizon in the EU, better and more transparent record keeping will be required in the UK and US, and control over technological advances are sought everywhere. There can be no doubt that these are joining together to make the world of AML/CTF just a little bit more interesting in 2022 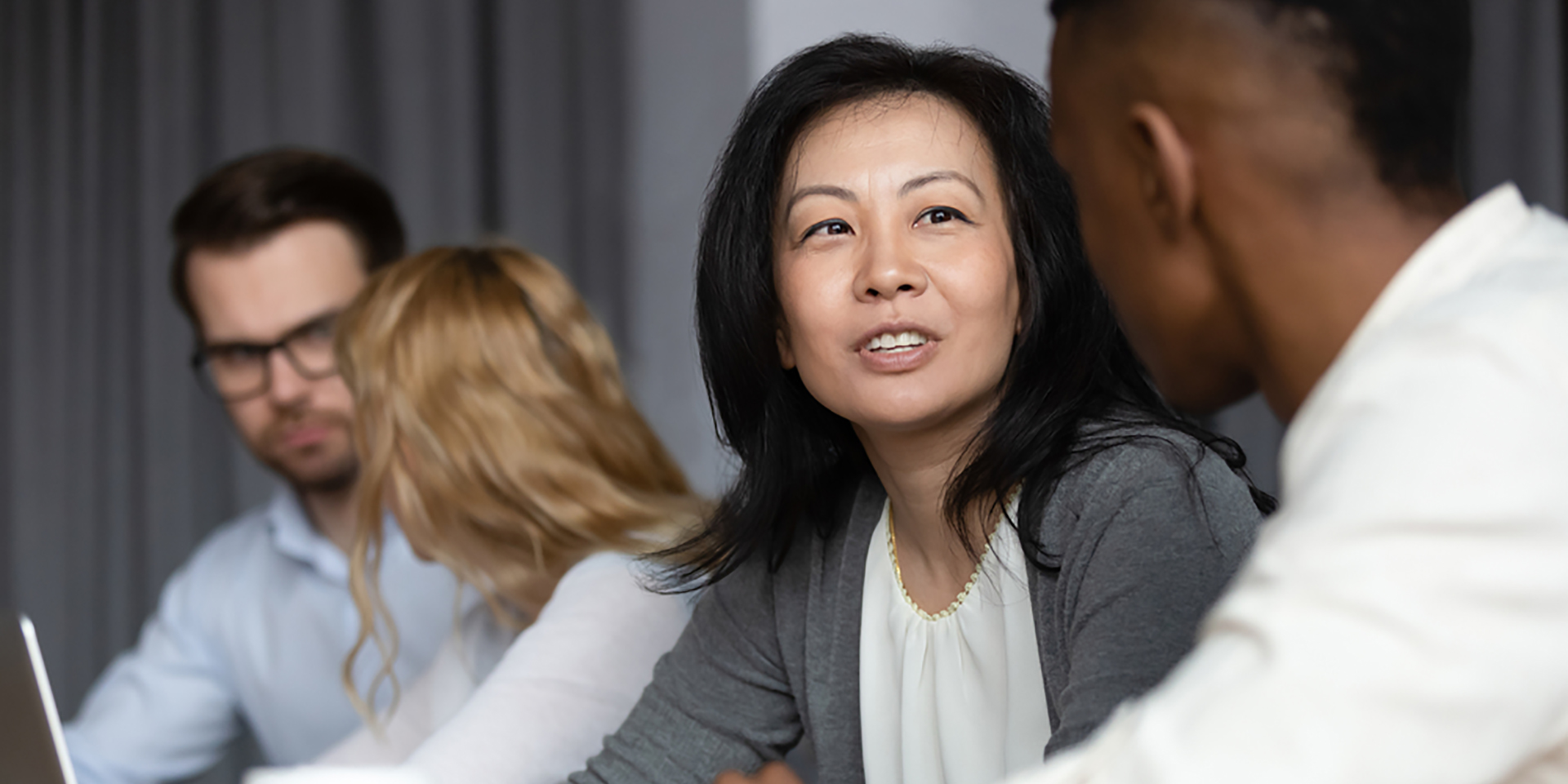