Well I think it is fair to say the last few years have been interesting and challenging across a broad spectrum of our lives, and the UK taxation system has not been immune to this. There have been some significant changes in how our income, both from working and from investments, is taxed and the majority of these came into play when the new tax year commenced. And whilst of course it is well known and understood that those involved in the financial advice sector cannot provide specific advice around taxation, it is important to have a good understanding of the fundamental principles to ensure any actions take into account the client’s circumstances and don’t compound, or even make worse, their personal tax situation.

One of the most widely known changes is around the uplift in NICs, which was announced in the Autumn 2021 budget, with the government planning to raise funds to increase NHS and social care funding. From April 2022 an extra 1.25% is payable on all rates for employees, employers and the self-employed, and for the current tax year it will be incorporated into the national insurance rates payable. But actually this is intended to be the ‘health and social care levy’ and once the government has its systems in place, this will be charged as a separate tax from the 2023/24 tax year. From this date, another significant change will come into play, as those who are over state pension age and are still working will also be subject to this 1.25% levy on their earnings.

But that is not the only change, as it has recently been announced that the primary threshold for earnings above which NICs are payable will be increased from £9,880 per year to £12,570 per year, which is in line with the personal allowance. That is a seismic shift and will be of huge benefit for those on the lower end of the earnings ladder.

By looking at a simple example it is easy to see the difference the increase in both the level of contributions and the threshold will make compared to the previous tax year.

So we have Holly, who is earning £22,000 a year as a payroll assistant. She has no other benefits in kind or earnings.

Obviously the higher the income the higher the NICs payable, with the statistics showing that anyone who earns below around £34,000 a year will pay less than they did the year before, and those who earn above this will pay more.

Interestingly, the primary threshold for directors will not increase to the full £12,570 from July 2022, but will be set at £11,908 per year, so something to watch out for here.

Unfortunately the income tax payable on dividends has also not gone unscathed, with an additional 1.25% payable across all tax bands, so the rates are now 8.75% for basic rate taxpayers, 33.75% for higher rate taxpayers and 39.35% for additional rate taxpayers. The £2,000 Dividend Allowance remains in place, so no change here.

The ‘good’ news is that income tax rates have remained unchanged, with these still being 20%, 40% and 45%. The personal allowance, higher rate threshold and additional rate threshold all remain the same but in reality, of course, with the impact of ever rising inflation and corresponding wage increases, this does mean that more income tax will be paid in the long run. The tax rates and thresholds have been frozen until 2024, although the intention is to have the first tax cut in 16 years by this time, with the basic income tax rate being reduced to 19% by the end of this parliamentary term.

A good way to refresh your overall income tax knowledge, and to incorporate some of the changes mentioned above, is to work through an example:

Louise, 37, is employed as a Regional Manager for a large manufacturing company. She receives £90,000 a year salary and her bonus for the current tax year is confirmed as £20,000. She also has the benefit of a company car, which is a fully electric vehicle with a list price of £39,000.

Louise pays £100 per month into her own long standing personal pension plan, and she also contributes 5% of her salary into her employer’s defined contribution occupational pension scheme.

With regards to other assets, Louise holds the following:

So how do we calculate what Louise’s income tax liability is for the 2022/23 tax year?

There are quite a few different issues to add into the mix, and the trick is knowing where to start. We need to do a few ‘side bar’ calculations before we can get to the main part of the calculation.

The first thing to consider is her total income, as whilst we know what her salary and bonus are we need to factor in her company car, as this will be treated as a benefit in kind and added to her overall gross income. Book Value £39,000 x B.I.K rate 2% (full electric) = £780.00

We also need to consider her pension contributions here. She is funding two different plans, a PPP and her employer’s occupational scheme. These are both treated differently in the income tax calculation, with the personal pension expanding her basic rate band by the gross contribution (as it is a ‘relief at source’ payment) and the payment to the employer scheme being deducted from her gross pay (this is via the ‘net pay’ method).

The next step is to work out what her personal allowance will be, as it is clear just from her income from employment that she will be losing some of this as it is over £100,000. In this part of the calculation, we need to work out what her total income is, including any interest or dividends outside of an ISA.

We are finally at the point where we can assess Louise’s income against income tax, and in any income tax calculation you apply all of the allowances against the income from employment first, this is known as non-savings income, then you look at interest, and finally, in this case, dividends.

The tax rates, allowances and exemptions, such as the nil rate band and the residence nil rate band have all remained unchanged for the current tax year and have been frozen until 2026.

However, whilst not specifically tax related, there has been one change that applies to anyone that dies on or after 1st January 2022, which is useful to know if you are helping someone plan their estate. Estates of someone who dies after this date can be classed as ‘excepted’ and will not require heirs to report the estate’s value, as long as there is no Inheritance Tax to pay, or any other reason why the estate should be reported. To count as an excepted estate it must:

Colin is a widower. His wife, Beryl, died on 4th September 2007 following a long illness. The nil rate band at the time was £300,000. Beryl’s will left £150,000 to their daughter, Abigail, and the rest of her estate to Colin. Beryl had not made any gifts during her lifetime.

So, let’s work out what the Inheritance Tax liability would be for Colin’s estate.

So, here is the full calculation:

Tax The final ‘main’ tax to cover is Capital Gains Tax, and as with Inheritance Tax there are no changes in rates or allowances, and these have also been frozen until 2026. The only real point to pick up on here is the reporting and payment requirements with regards to gains made on property sales which are subject to CGT. This has been increased from within 30 days of sale to 60 days and this applies to properties sold after 27th October 2021.

Nicola, aged 63, is married to Reg, aged 62 and they are both in good health.

Nicola has run her own limited company for the last 20 years but now plans to retire and so is the process of selling her 100% shareholding. She has been informed by her accountant that the capital gain following the sale will be £800,000 and this will fully qualify for entrepreneur’s relief. Nicola’s income from the business in 2022/23 will be £48,405 and she has no other taxable income for this tax year.

Nicola and Reg enjoy buying properties at auction, renovating them and then selling them on. Their latest property was sold in April 2022 for £320,000, achieving a capital gain of £60,000. A property they sold in 2018 achieved a capital loss of £20,000. This loss has been registered with HMRC. This is the only capital loss they have and other than the sale of Nicola’s business the couple have no other capital gains in 2022/23.

The question is, what is Nicola’s CGT liability and when will this be payable?

Whilst the detail provided is not overly complicated, we do have to factor in the order in which her gains (and losses) need to be taxed, and also consider the rate of CGT payable as she has some basic rate band remaining, and of course, there is an 8% surcharge on investment property gains.

The CGT payable on the sale of the business will be due by 31st January 2024, i.e. the end of January following the tax year in which the gain was realised.

The CGT payable on the sale of the investment property will be due within 60 days of completion of the sale.

The overall tax landscape within the UK is an ever-moving feast, and with the current political and economic environment I am sure we have not seen the last of the changes that will need to be implemented in order to help those most in need but also to replenish the coffers due to the money spent to see us all through our recent crisis. 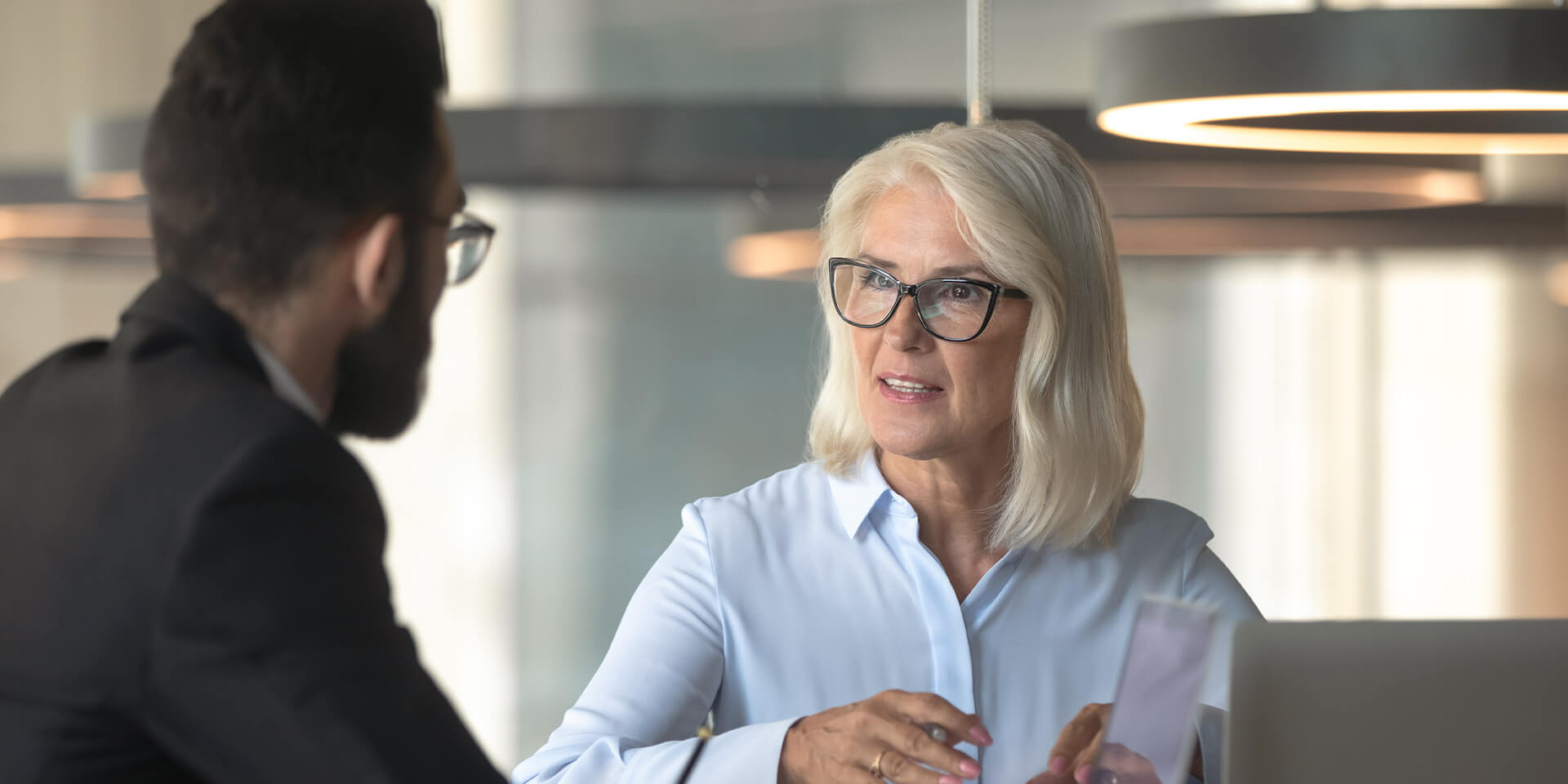 Source: Article “Taxation Fundamentals” was written by The ZISHI Cornerstone experts, and published in the | 2022 | Vol 03 | Edition 02