The Financial Conduct Authority interim chair, Richard Lloyd, OBE, held a virtual regulatory update meeting this week, which covered a number of really important areas for those within the Financial Services industry. Richard and a number of executives in attend took questions which really highlighted regulator’s work and challenges in 2021/22 as well as indicating what the regulators focus would be in 2023

The FCA are pushing to accelerate the regulation of Buy now Pay Later firms, they see this as an area of potential customer detriment and a chance for consumer detriment and possible exploitation of those in a vulnerable situation. Richard Lloyds comment on fraud, were sobering. Fraud is estimated to cost the UK £130b p.a. yet less than 1% of law enforcement is allocated to detection and prosecution. FCA are lobbying the Home Secretary to review this.

As part of the positioning for the meeting, the Chair outlined a number of successes, of note due to a significant push to find more resource and use of technology to help with authorisation. Of note, however, now 1 in 5 firms are being authorised down from 1 in 14 in 2021.

Consumer Duty featured heavily throughout the meeting and was referred to as the “Game Changer” in the opening comments.

Over 70 questions were submitted prior to the meeting, as well as additional questions being sent in during the event. Focusing upon issues that we believe will be of most interest to our clients and contacts, here are the key matters distilled for you:

Woodford – no timelines as priorities of enforcement team still not finalised but it is a large team working on this and nothing further can be added to what is currently in the public domain, other than to say once they are able to more detail will follow!  However they are committed to surveying specific investors and this is about to begin.

Financial Promotions – this came up several times in relation to a number of topics.  Revised guidance for Social Media is being worked upon, especially after the new rules for high risk investments.  They did remind everyone that FCA are media agnostic, if it is a financial promotion it must be compliant, irrespective of the channel used for distribution.

Greater collaboration with others – work is being undertaken on the advice process/guidance process for some products and FCA expects to work closely with trade bodies.  Obviously work with the Pensions Regulator continues and law enforcement agencies in relation to fraud and serious AML/Sanctions failures.

Technology improvements internally and in their review of market and firms use of technology to support customer outcomes (including the SandBox availability which has now been a concept adopted by a number of internal regulators).

Authorisations have speeded upand with the introduction of new requirements for principle firms the number of Appointed Reps has fallen by 4000 (10%), which they felt was as a direct consequence of new rules in this area.

AML and Financial Crime enforcement actions are likely to feature heavily as there are several investigations ongoing including several banks.

Consumer Duty is the most important priority for FCA into 2023.  I was lucky enough to have my question asked which was “When does the FCA expect to begin checking that firms have their implement plans and Consumer Duty Champion in place?”  Sheldon Mills picked up the response as well as other references to the Duty.  The answer is Supervisors will be including questions about the plan and the Champion (who should be a NED or Chair) as part of supervisor activities immediately after the deadline of end of this month.

A further question was why the Duty was including so much commercial business.  The response here was yes the thrust of the initiative is to focus on retail activities i.e. products and services for retail investors however, the obligations do make it clear where firms are producing product they must look “upstream” and consider very carefully the “material impact” on retail investors, even if they are not responsible for distribution of that product to retail investors.  Most B2B product and services would be out of scope but you need to have checked that thoroughly.

How the outcomes would be tested was asked, with response given starting with the usual phrase “not prescriptive” and then references to possible tangible evidence such as complaints and the speed of response by product line and client type, responses to satisfaction surveys, is fair value the same as value added services which customers appreciate.  The Duty is about building trust and confidence in FS, so firms should have this at the forefront in developing their response to the obligations.

The meeting finished promptly at 12 noon with an indication that next year’s meeting will also be held online. 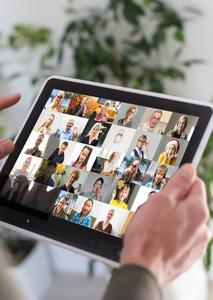