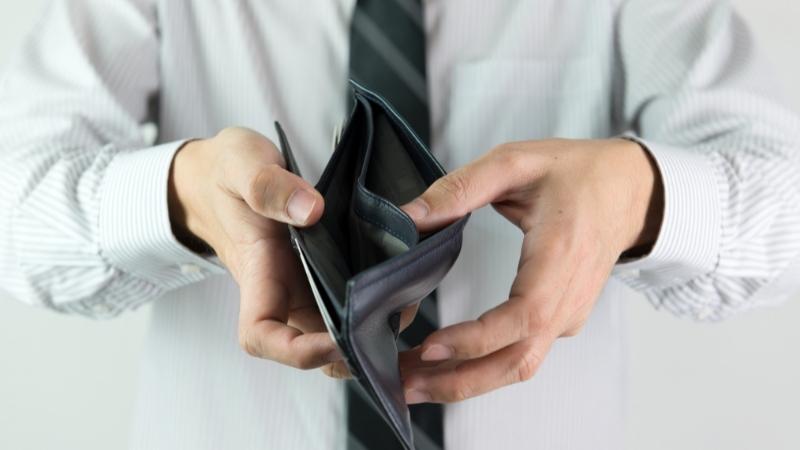 When individuals are unable to afford the basics of life, that becomes a massive personal problem.

Add in global supply chain problems, grain shortages, global warming, an energy crisis, Brexit, inflation, a proxy NATO/Russia war in Ukraine, and there are few that would describe the current situation as stable.

In the world of debt management, there are a range of tools which have been developed over many years to cope during tough stretches. These have been adapted over both bad times, and good, leading to an apparatus which should be able to cope with every eventuality.

But is it enough?

The sheer volume of individuals that are being hit from all sides by different economic pressures has led to a major political and social problem. The question is, ‘how different is this from past experience?’.

The Insolvency Service has recognised that the toolkit may not be fit for purpose, and has launched a ‘call for evidence’, to make sure that the current infrastructure works, but also to see if there are other solutions to what is a very real, personal, tragedy for many.

Although there have been many calls for evidence over the past few years in this area, this is a more fundamental review of the framework itself, and continues the theme from the December 2021 consultation, ‘The future of insolvency regulation’.

A Broken System, but First Step Towards Repair Taken?

Back in February 2021, the FCA published the Woolard Review into the unsecured credit market in the UK. As part of the exercise, the team concluded that the system of Individual Voluntary Arrangements (IVA) and Protected Trust Deed (PTD) markets were ‘broken’. The percentage of IVAs failing within the first year was the highest in twenty years, and there was a perception by the group that high fees had driven the most vulnerable towards the unregulated debt advice/ lead generation sectors.

Over the past few months, the Insolvency Service have revamped their guidance related to the oversight of IVAs, and an acknowledgement that existing IVAs would have been prepared without the foreknowledge of the multiple crises that have overtaken the economy.

At the forefront of these pressures, inflation and the cost of energy are disproportionately affecting the disadvantaged, with basic household bills such as food and fuel spiralling out of control for many.

The Insolvency Service is urging firms to take a pragmatic approach, while also trying to ensure the burden on individuals is somewhat reduced in some cases. Those at the sharp end of debt management are being asked to consider requests from people looking to reduce their debt-related outgoing still further.

50% reductions in contributions from current amounts are to at least be reviewed for practicality, with a base of £75 per month. Below that, and insolvency practitioners should be looking to alternatives, including ending the agreement early, dependent on amounts already paid. In some of these cases, it would be expected that alternatives such as debt relief orders or bankruptcy could be contemplated.

In a nod to the FCA’s ‘Treating Customers Fairly’, the Insolvency Service does not want a blanket policy to be introduced by firms but is seeking a case-by-case review, to help ensure both fairness and realistic outcomes for all.

These steps have been welcomed by a number of debt charities and support organisations, including StepChange’s Head of Insolvency Services who said, ‘This is a very welcome…Creditors are now more receptive to early completion of the IVA where this is the most pragmatic option for people whose IVAs would otherwise fail, and where the creditors stand little chance of getting more money back by requiring the client to adopt an alternative debt solution.’

The last major review of personal insolvency was carried out 40 years ago, when the ‘Cork Committee’ pushed for a more modern and liberal approach to debt management. The 1982 review led to the Insolvency Act 1986. These reforms included automatic discharge for people subject to bankruptcy after a set period and the introduction of IVAs. Since then, debt forgiveness and the need to reduce the social stigma attached to personal indebtedness became increasingly important to successive governments.

Personal insolvency was previously seen as an issue for people running a small business, but the current structure now mainly covers consumer and household debt, particularly related to debt relief for people with low incomes and few assets. This is the background for the current re-examination of the sector and consideration for reform. In effect, this is a wholesale review of the personal insolvency framework, with a focus on the individuals as well as the firms and charities that usually take centre stage.

To reflect this changing focus, the call for evidence seeks responses from individuals who have been subject to bankruptcy, a DRO or an IVA, as well as creditors and their representatives, trade bodies, debt advisers and charities.

The July 2022 call for evidence is important, it continues the process begun by ‘The future of Insolvency Regulation and seeks to put some meat on the bones of the Government plans. The December 2021 document covered four main topics:

Given the nature of governance in the UK, there will be a considerable length of time between this publication, and the necessary primary legislation required to implement it. The July 2022 document seeks input from the sector on some of the more detailed aspects, while still considering whether the underlying framework is fit for purpose.

The call for evidence , which only covers England & Wales, is seeking feedback on the framework around IVAs, Debt Relief Orders and Bankruptcies and runs until mid-October. It is also looking at the broader context but excluding the Statutory Debt Repayment Plan and Breathing Space, which are not considered to be part of the personal insolvency regime at this time.

It seems obvious from the tone of the call for evidence that the current framework is not fit for purpose, but that is not being taken as a given. Changes will happen in this area, but the scale and scope have yet to be determined. Unfortunately this may mean a drawn-out process.

At present, the Government is stating that no decision on reform of the insolvency sector and its processes has been made. The review plans to gather evidence from those operating in the insolvency market, to evaluate the current system and its suitability whilst identifying opportunities for reform, only if necessary.

In any event, any proposals emerging from the exercise will receive further public review.

There are three main areas where feedback is sought from respondents:

There can be no doubt that the current situation is affecting the vast majority of people in this country, with very real, personal issues around finance, including simply putting food on the table, and having a means to heat it.

Whether this call for evidence proves sufficient to bring about the widespread reform occasioned by the 1982 review remains to be seen, but all those involved in a professional capacity should both make their voice heard and contribute to the debate.

Although there has been little external focus on this document, the call for evidence and the Woolard Review could be looked upon as the new Cork Committee, and given the current climate, perhaps as important.

Source: Article “The UK’s Insolvency Framework Fit for Purpose?” was written by The ZISHI Cornerstone experts, and published in the Advice Matters Magazine | 2022 | Vol 03 | Edition 03 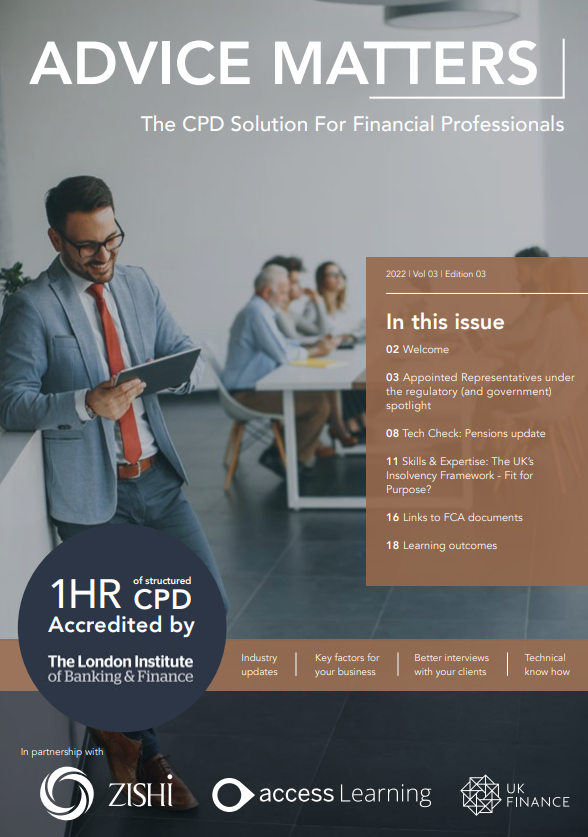